It’s no secret that virtually everyone wants to save money due to all of the economic problems, but the real question becomes exactly how do you save money? Common answers to such a question include buy less, turn off the lights when you leave a room or take shorter showers. While these are all great tips on how to live a more frugal lifestyle, it doesn’t really get at the root of the problem. 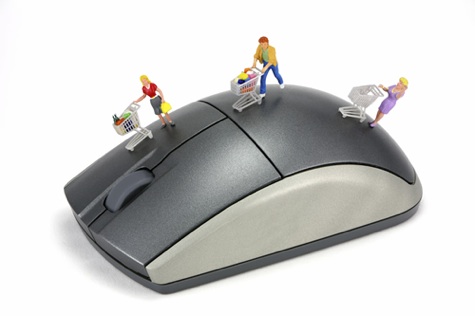 People are much more focused on saving money in areas for things they don’t really need, but want because they feel it will improve their quality of life or something similar. Spending a little extra money to have a more relaxing shower, being able to read at night or eating well isn’t as high of a concern. Spending full price for a new pair of jeans, the latest movie or a new computer is much harder to justify – and understandably so.

Unfortunately, finding deals is quite the battle. Typically, it means going to countless stores, making note of the prices and then price checking each individual store’s price against one another. Luckily, the emergence of the Internet has made the process of finding deals quite a bit easier.

How The Internet Benefits Shoppers
Now, instead of having to physically check the price at a number of different stores shoppers can quickly and easily price check endless companies from the comfort of their own home. To make matters even better for the consumer, the Internet has allowed companies to dramatically decrease their spend on overhead expenses which means dramatically cheaper prices for the end consumer. Without having to pay for physical storefronts companies are free to spend their money on a beautifully designed website and state of the art storage facilities to house their massive array of fairly priced items. Add to this an ever increasingly efficient shipping infrastructure and it’s quite easy to see why companies like Amazon are able to offer similar products for significantly less than an independent shop found on a corner.

However, while decreased overhead thanks to the Internet has played an integral role in saving the end consumers a considerable amount of money, third party developers have stepped in to help matters along even faster.

Third-party Developers Sweeten the Deal
While selling a product at a dramatically reduced price is one of the major benefits of shopping on the Internet, doing a bit of searching into the various bargain-focused sites can net much higher savings. Using the Internet as a platform, third-party developers have gotten together forming massive companies whose primary focus is saving consumers money.

Such sites include Group on and Living Social, which usually offer package deals for various experiences and Woot which offers a new product everyday at discounted rates. There are also sites that take all of the various offers floating around into account and combine them into one front end product. These services in particular list discounts on major and obscure brands alike focusing on both trangible products such as a handbag and services such as a stay at a hotel. Taking a look at all of these different types of bargain sites is a great way to save extra money while shopping.