Sunglasses: Trends of this summer 2012!

Every summer there is an essential complement, and not for its functionality, but because it bring something different to our look: sunglasses. This year there are many models to choose from, some are obviously only in the ranking of the most desirable and others can keep using it because its continue to bear. 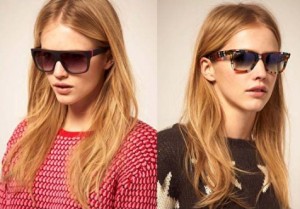 The sunglasses have become a must for celebrities who want to hide face and have a distinguished air. Always go to the latest trend and marked with the models, there is no more than remind Sienna Miller with the Red Ray Ban Wayfarer that later caused the furor. Well, now the streetstyle also regulars who walk before imposing fashion parades, even with glasses.

One of the most surprising and strange are the pasta round glasses. We remember John Lennon with his round glasses but it were not as striking as those who insist on using bloggers famous in the front row. Its give you a style similar to Harry Potter than of Lennon but taste colors. 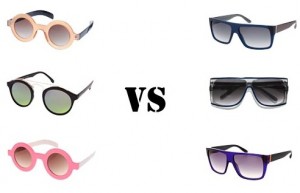 Compared to the round square are the huge, very futuristic and something more flattering. Not so surprising or current but are fine for those who want something more discreet and equally to fashion.

The 50 years that are causing real anger in the catwalks are also have been felt in the world of the glasses. Do not miss calls “cateyes” or eyes of a cat because of its shape. Some are more discreet and more striking. Choose the one that you choose will be an absolute trend. 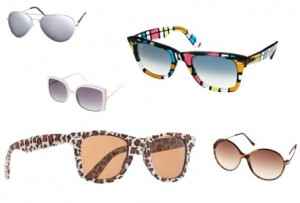 The following are the eternal RayBan Wayfarer reinvent itself each year with new prints and colors. Also the Aviador but they are lagging somewhat relegated already. And of course you can not miss the maxi glasses to Pack to feel like a famous harassed by paparazzi.