One night for crazies who dare to dream. The 89 edition of the Academy Awards was a gala full of surprises, where we could even check if all nominated for an award had been prepared speech, thanks to the terrific error that will happen to the story of Faye Dunaway and Warren Beauty foretelling a “La La Land” as Best Picture, when really “Moonlight” turned out to be the winning movie. In any case, let’s get to the point reviewing the expected outfits that made us sigh to the stroll down the red carpet. 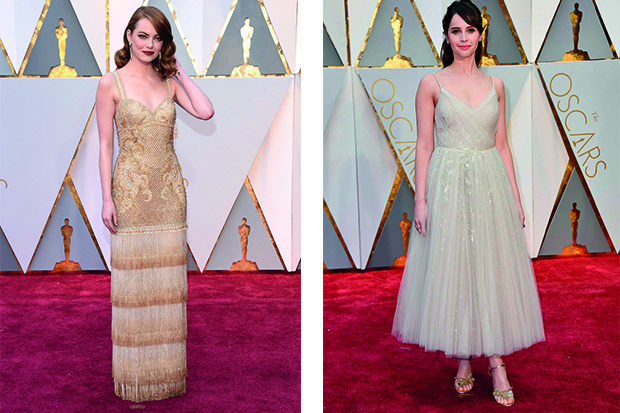 Let us begin, how could it be otherwise, with the star of the night, Emma Stone, who finally took Oscar for Best Actress for her role in “La La Land” doing justice to her character and declaring in all respects as dreams really can come true. The actress wore an amazing gold Givenchy Haute Couture dress with precious stones and finishes fringes.

Emma, shone as the star like she is. Beside we can see the performer of “A Monster Calls” and “The Theory of Everything”, Felicity Jones, wearing a dress tothe dancer in silver signed by Christian Dior. 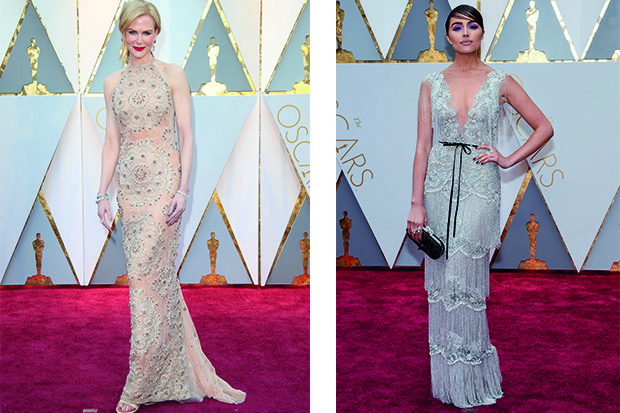 We expected no less from Nicole Kidman. Nominated for her role in “Lion”, she chose a design by Armani Prive that could easily pass for her second skin embellished with precious stones, and hypnotizing with perfect red lips. Actress Olivia Culpo surprised (and very well) by choosing spectacular silver dress of Marchesa, nuanced by the purple shadow that incorporated to the look. 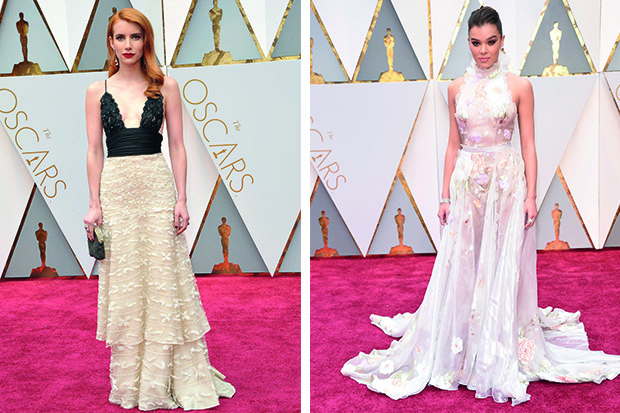 It is really necessary to comment the styling of Emma Roberts, who managed to bristle the skin reaching on the red carpet with a vintage dress of Armani Prive with applications of Swarovski. And finally, although we have been very hard to decide, which is undoubtedly one of the most promising actresses of her generation, Hailee Steinfeld and her romantic Ralph & Russo dress could not have missed in this list.

And perhaps these are not the best outfits on the red carpet, but they shine equally by those carrying: Scarlett Johansson, Salma Hayek, Alicia Vikander and Charlize Theron.

2017-02-28
Previous Post: Pleated skirts: The must have of the season
Next Post: Emma Watson, The Sustainable Princess