As we all know, the remake of “Beauty and the Beast” is now on tour around the world, and, for the one who has not yet found out, the star actress, Emma Watson, has decided to give us the option to follow all the details about the looks and moments of the trip from the new Instagram profile that she opened herself, entitled “The Press Tour”. 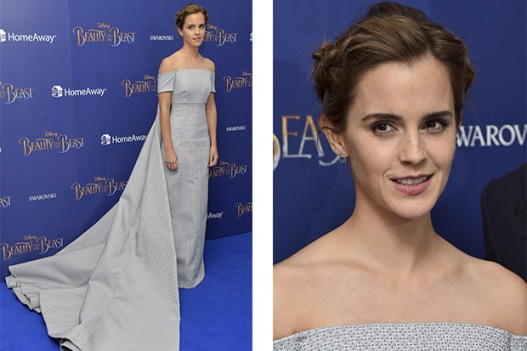 Last Thursday was the second stop on the European tour of the film in London, and once again the actress who plays Bella, Disney’s bravest princess, wanted to leave her stamp trying to make the world a little more Watson. For the occasion she chose a blue sky dress that left her shoulders exposed with a coat of the English firm Emilia Wickstead.

The most important thing about this dress, and of each and every one of the designs that will appear during the trip, is that it is ethical, ecological fashion and produced in a sustainable environment. As for the beauty look, the actress opted for a natural style, emphasizing her freckles, lips and eyes in nude tones, jewels that broke the aesthetic a little and gave a punk touch, as well as a hairstyle collected with braids to the sides with air a very Disney princess, focusing all the attention on the dress. 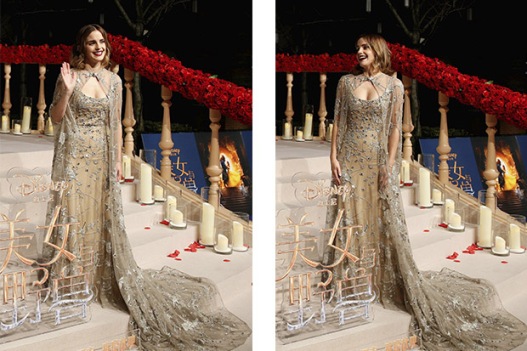 In his first appearance during the promotion of the film, which was in Paris, Watson again opted for an environmentally committed Louis Vuitton design, made from recycled polyester. The last stop was Shanghai, which unfortunately coincided with the Oscars, the actress had no problem in doing justice to the ceremony, as if in Los Angeles , wearing a design of Elie Saab in embroidered nude silk tulle and covered with sequins and rhinestones accompanied by a transparent layer.