The famous British footballer has created his second line of underwear for men and will soon be available in all stores. 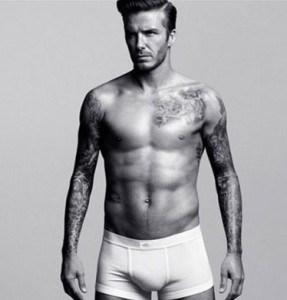 David Beckham has been able to project his career most of the playing field. The footballer has spent years starring in campaigns for various brands of clothing and cosmetics. But that was not enough for a few months ago and surprised us with his first collection of men’s underwear for H & M. We saw enchanted as our cities were completely papered with promotional posters, where underwear garments were the least of it.

Soon we will see him everywhere, because his second collection is ready and of course he has returned to pose for the campaign. Dressed only in shirts and underwear, the footballer boasts a enviable body worthy of a Greek god. It will be why the Scandinavian company has manufactured statues of Beckham natural size that will be placed in their stores.