The grill teeth of the famous

We hope and wish that this new trend that has already begun to shine some famous bring a grill on their teeth becomes fashionable not horror! 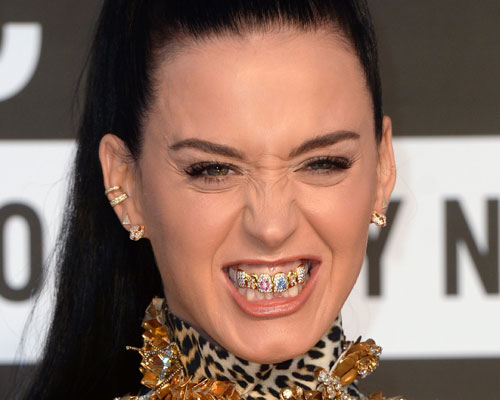 Surely you’ve seen more than one famous case a kind of fashion in the teeth. Well, it is known as grill and everything points to what is becoming a buzzword by the amount of photos that the famous have already begun to hang in their social networks with their new smile.

If you thought that the celebrities had put braces, you’re wrong, the grill is becoming a full complement jewel for the teeth, discouraged by the dentists because assault to the enamel.

This type of jewelry bling blig to the teeth, became fashionable hip hop artists in the 80s but it was not until 2005 that this trend reached the booming popularity of rap Dirty South.

These covers, which is known as grill, are metal and can usually be safely removed. The famous today have recovered this gem to complement their teeth and proudly boast new smile. Justin Biener, Katy Perry, Madonna, Miley Cyrus … are some of the celebrities who have joined fashion of the grill teeth.